“History of Life on Earth”

Have you ever wondered about when the earth was formed or how old is the earth right now? Well, I don’t even know about this too. But after this round of STEM class which is the last round of 2019, I have learned about these things called “History of Life on Earth”. Earth has formed about 4.6 billion years ago but first life just started to appear on Earth about 4 billion years ago. The first life forms were microscopic and single-celled organisms. From this simple start, we can see the diversity of life today. The tool that helps us to understand the history of Earth and its life is the geologic time scale. It divides Earth’s history into Supereon, Eons, Eras, and Periods just like in the picture below. These divisions are based on major changes in geology, climate, and the evolution of life. 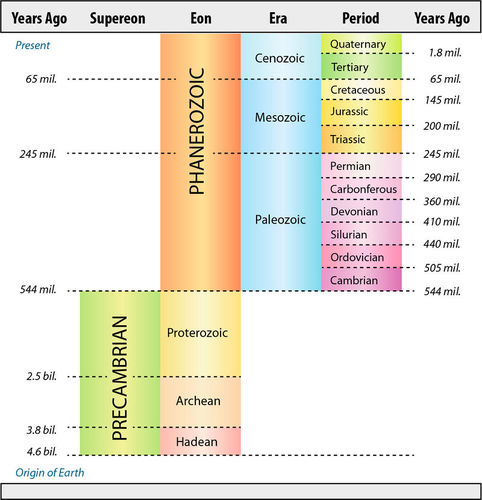 (The Precambrian was originally defined as the era that predated the emergence of life in the Cambrian Period. It is now known, however, that life on Earth began by the early Archean and that fossilized organisms became more and more abundant throughout Precambrian time.)

“Cells are the building blocks of life”

STEM is a subject that requires a lot of work in order to learn and know more about it. It is very challenging for me to learn science vocabulary. I use lots of my time to read more about the topic and find the meaning of the vocabulary that I don’t understand. Nowadays, I feel like I better catch up with all the work. RALPH WALDO EMERSON said, “LIFE IS A JOURNEY, NOT A DESTINATION”. This means that the process of learning is more important than the end goal. The best way to be a successful person to study hard. This term we are learning about Cell, which is the structure of every living organism. Cells are the building blocks of life. Cells have divided into two different types either prokaryotic cells, which lack a nucleus, or eukaryotic cells, which have a nucleus. But all cells must contain a cell membrane, cytoplasm, DNA, and ribosomes. As we learn, we are focusing on two different cells which are animal cell and plant cell. The difference between these two cells is because plant cell has a Cell wall, large vacuole and plastid compare to the animal cell don’t have. In conclusion, I enjoy learning about cells because it is interesting to learn and see it under the microscope. I’m excited to get to know more about these topics and it would be a very awesome thing if I could learn more deeply into it.

For this last round, in STEM class we learn about Newton’s Laws of Motion. How many Newton’s Laws of motion. There are 3 different laws of motion. Newton’s first law said that an object’s motion will not change unless an unbalanced force acts on the object. And if the object is at rest, it will stay at rest. If the object is in motion, it will stay in motion and Newton’s second law is the relationships between these two factors and motion. And the last Newton’s law of motion which is Newton’s third law is that every action has an equal and opposite reaction it’s mean that forces always act in pairs. And the acceleration of an object equals the net force acting on the object divided by the object’s mass.

So now in Stem class, we learn about motion. What is motion? so motion can also be defined simply, as a change in position. In this lesson, we learn more about motion such as Distance, Direction, and a lot more. So  Distance is the length of the route between two points and Direction is just as important as a distance in describing motion. And also we learn about SI units too. SI units for distance is the meter but short distance may be measured by a centimeter and long distance may be measured by kilometer. 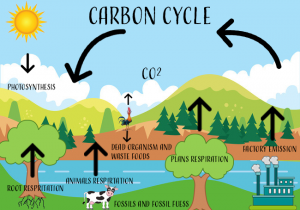 Carbon is cycled by combustions and animals, human, trees releasing and consuming carbon. There is one process that removes carbon dioxide from the air which is Photosynthesis. And there is more than one process that adds to the air such as Plants Respiration, Root Respiration, Animals Respiration, Dead Organism, Waste products and more. There are many human activities that disrupt the natural carbon cycle such as deforestation, transportation, farming, factory emission, burning trash and trees and using a plastic bag. To stop this human activity that disruption to the carbon cycle, we need to use the public bus, stop burning trash and trees, stop factory emission, start to stop using plastic and stop killing the animals.

So now in stem class, we have learned about the Chemical Bonding. So chemical bond is a force of attractions between atoms and ion. In chemical bonding, they’re three type of that such as Ionic bonding, Covalent bonding, and metallic bonding. For example, Ionic bonding is the force of the attraction that holds together positive and negative. This picture below is showing the Ionic bonding.

Physical Science is the class that we study about Matter and energy including physic and chemistry. Our class we have one Website call CK12 that used to know more about our Topic. At this beginning of the year, we have studied about the matter and I don’t know what is matter but after I learn it I know it. So the matter is anything that has mass and volume. After we learn about the matter we also have learned about Atoms. A teacher has explained a lot about it like what is inside atoms. And we know a lot more about it. And I know that inside Atoms has Proton and Neutron and Electron. Proton has positive charge Neutron has no charge and Electron has a negative charge. Quark has to create Proton and Neutron and for Electron has created by Lepton. and there are six type of Quark and six type of Lepton.

Disclaimer: Liger Leadership Academy students are English Language Learners. They have been immersed in English since arriving at Liger but are still developing grammar and fluency. At Liger, we pride ourselves on prioritizing process over product. Please excuse any English errors as part of the learning continuum our students have taken over the years.

Hello there, reader! welcome to my portfolio! I’m Huykea, 14 years old. I was born on 12 April 2005 at Kampong Cham province, Cambodia. I’m a student that study at Liger Leadership Academy, Phnom Phen, Cambodia. Before I’m a student who studies at Government school but after I got a scholarship to study here, it’s starting to change my life by starting to step out of my comfort zone.

In the future, I  want to be an engineer and a businessman because I want to change Cambodia by these two things. And also I want to create a short book for kid to read too.

When I have free time I like to listen to music and play sports like Frisbee and Soccer. Sometimes I also like to read some book too. Also, I love traveling as well. I like being outdoor seen when I have an exploration about Outdoor leadership. I want to travel to different countries and places to see cool thing especially being in the forest and see cool stuff about nature.

Thank you for visit my portfolio I hope you enjoy reading it and have fun and learn more about me. And also if you want to see my new post come and check every month to see the update with all the things that I do here at my school.